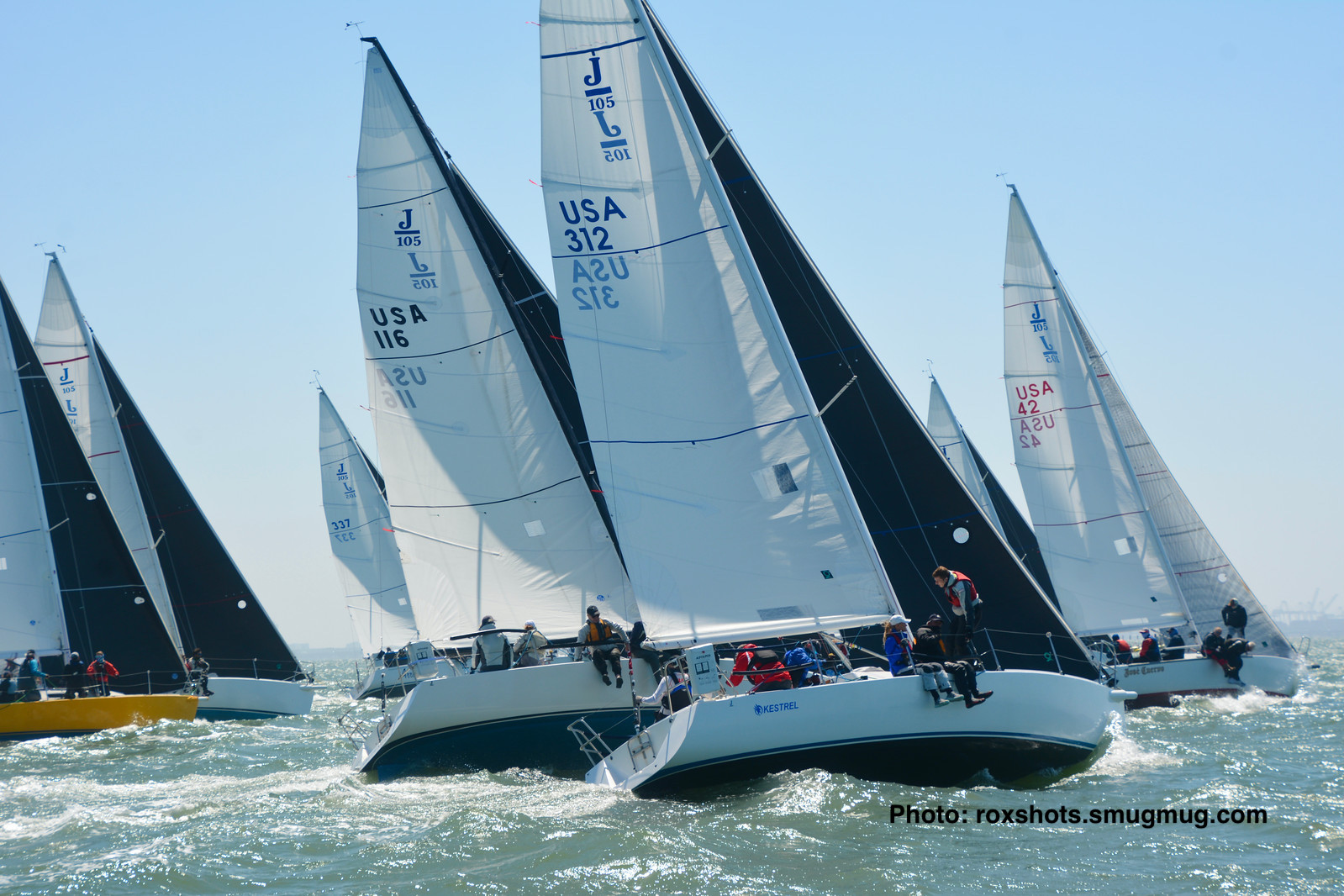 “Race Committee, this is San Francisco Fleet 1 checking in…”

Ok, sports fans, it’s officially that time of year. The season is now officially in full swing and your humble correspondent has been a slacker about posting event recaps. But, hey, better late than never, right?

The 2021 season’s first season counter took place on March 20-21, and Justin Oberbauer aboard Strangelove was kind enough to author this excellent recap of the event.

Take it away, Justin:

Well here we are! It’s finally March 2021 and so nice to be back on the water as a Fleet kicking off our 2021 Fleet 1 Championship Season and bringing back a bit of normalcy to our lives. The conditions and the competition did not let us down and it felt like everybody showed up with their A-Game.

J/Go Regatta, hosted by Sausalito Yacht Club and supported by PRO Jeff Zarwell and his team kicked us off on March 20-21. Conditions were pretty perfect with sunny skies, shifty, puffy 10-15K winds and moderate ebb creating some tricky tactical considerations and exciting opportunities for lead changes. The 6 races were a combination of our standard double sausages and longer bay-tour style courses that took the fleet out the gate to Pt Diablo. Overall, 16 boats showed up across the two days.

Saturday started in typical style with two standard double sausage courses. A moderate late ebb on the north side biased the course with most boats fighting for the boat end and the ability to tack out to right first. NeNe took line honors in both, with Blackhawk coming a close second.

Race three took the fleet out the gate to Pt. Diablo with the majority of the fleet working the left side in a stronger breeze. MAVERICK led the run, with several 20+knot puffs and big swells making for some great surfing conditions. At the bottom mark, the big decision was which way to go back up wind, Alcatraz to starboard or port?  MAVERICK and Blackhawk chose starboard, working the south edge of the Alcatraz cone, while NeNe and Akula came in from the North. The south breeze was strong and it was looking very good, until boats started poking out from the north side. The right boats made up significantly with NeNe, Akula and Arrived climbing back capture 2, 4 and 6 respectively, but ultimately MAVERICK’s lead was too great and she held on for the win.

Sunday was almost a mirror image of Saturday. Winds were a bit more westerly on day two and the Race committee set-up a bit further south to balance the favored side a bit more. But the ebb still played a major role as boats in the current were generally more advantaged. In race three Blackhawk again demonstrated their expertise in managing the currents with a horizon job on the fleet, working the city front flood while the rest worked the light air in the ebb in the center of the bay.

In the end it was NeNe, Blackhawk and MAVERICK topping the leaderboard followed by Akula and Arbitrage. Special mentions for top 5 finishes go to Mojo, Alchemy, Strangelove, and Jam Session.