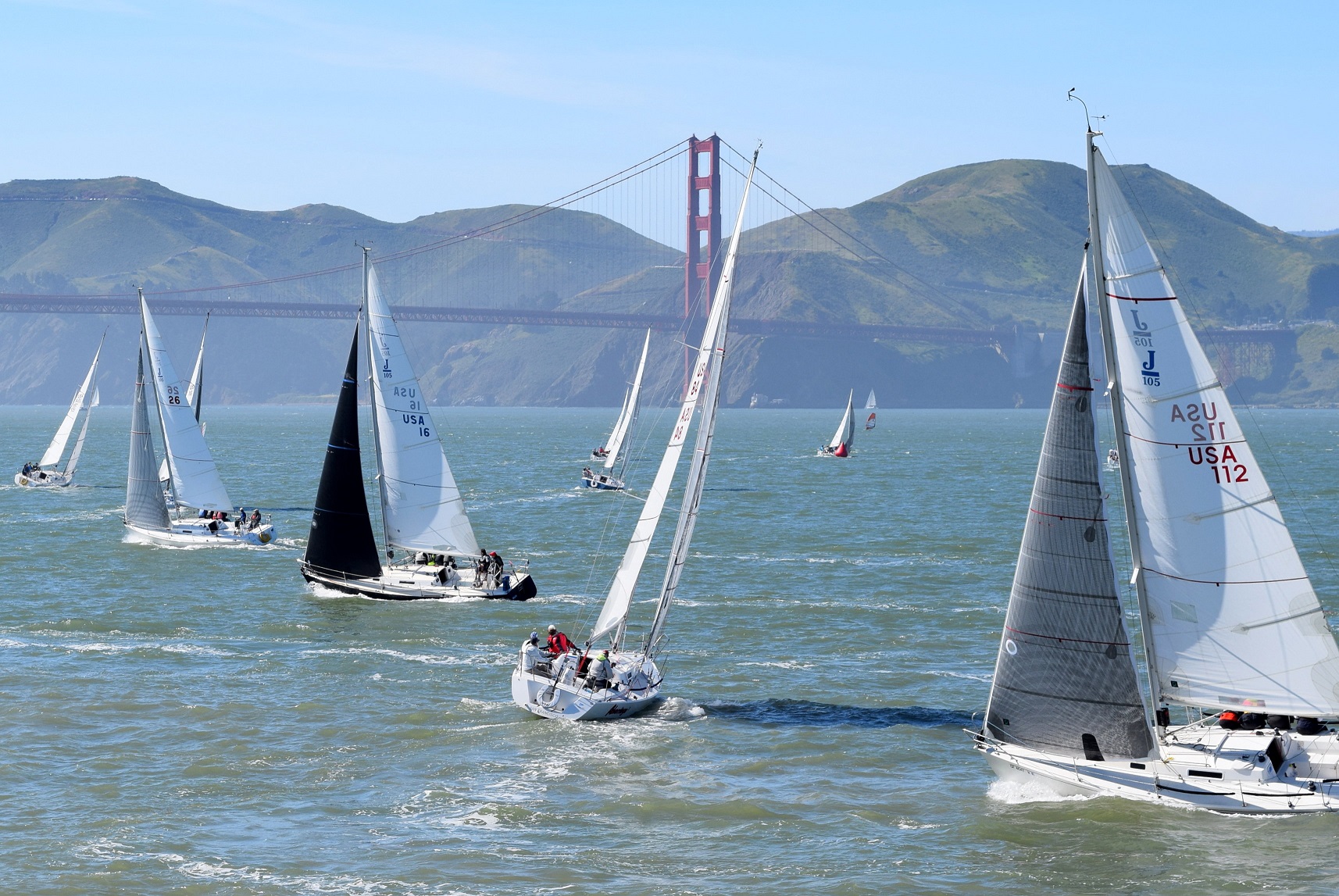 J/Fest San Francisco was held at St. Francis YC on April 1-2, 2017, with 21 J/105’s on the starting line looking for the wandering river of spring run-off ebb that snuck through the weak flood tide. Heading out to late ebb away from the shore was sometimes the ticket to the fast lane, and later in the tide cycle footing to the city front brought some relief, though some boats won both sides and arrived together at the top mark. Scoring a consistent 4, 4, 4, 5, 3 for 20 points, Bruce Stone and Nicole Breault’s Team Arbitrage won by two points over Jeff Littfin’s Mojo and Ryan Simmons’ Blackhawk, with Mojo earning 2nd on the tie-breaker, followed by Adam Spiegel’s Jam Session and Theresa Brander’s Walloping Swede just one point further back with 23 points. Said Stone: “This was an amazingly close regatta – five boats separated by three points! In fact, including Rolf Kaiser/Shannon Ryan’s Donkey Jack with 25 points, each of the top 6 boats were in contention to take the victory based on the last race. This was also the first time on the podium for Theresa Brandner and we were thrilled to see her progress. The SF Bay fleet had 20 entrants on the starting line for each of the mid-winters, with several new owners, and over 20 entrants in the Spring One Design and in this J/Fest, so that bodes well for the vibrancy of the class.” In winning SF Bay J/Fest, Stone and Breault celebrated their second win of the season, and look forward to competing in other J/Fests. On their calendar are J/Fest New England in Newport RI in August, and J/Fest Southwest in Galveston in October.