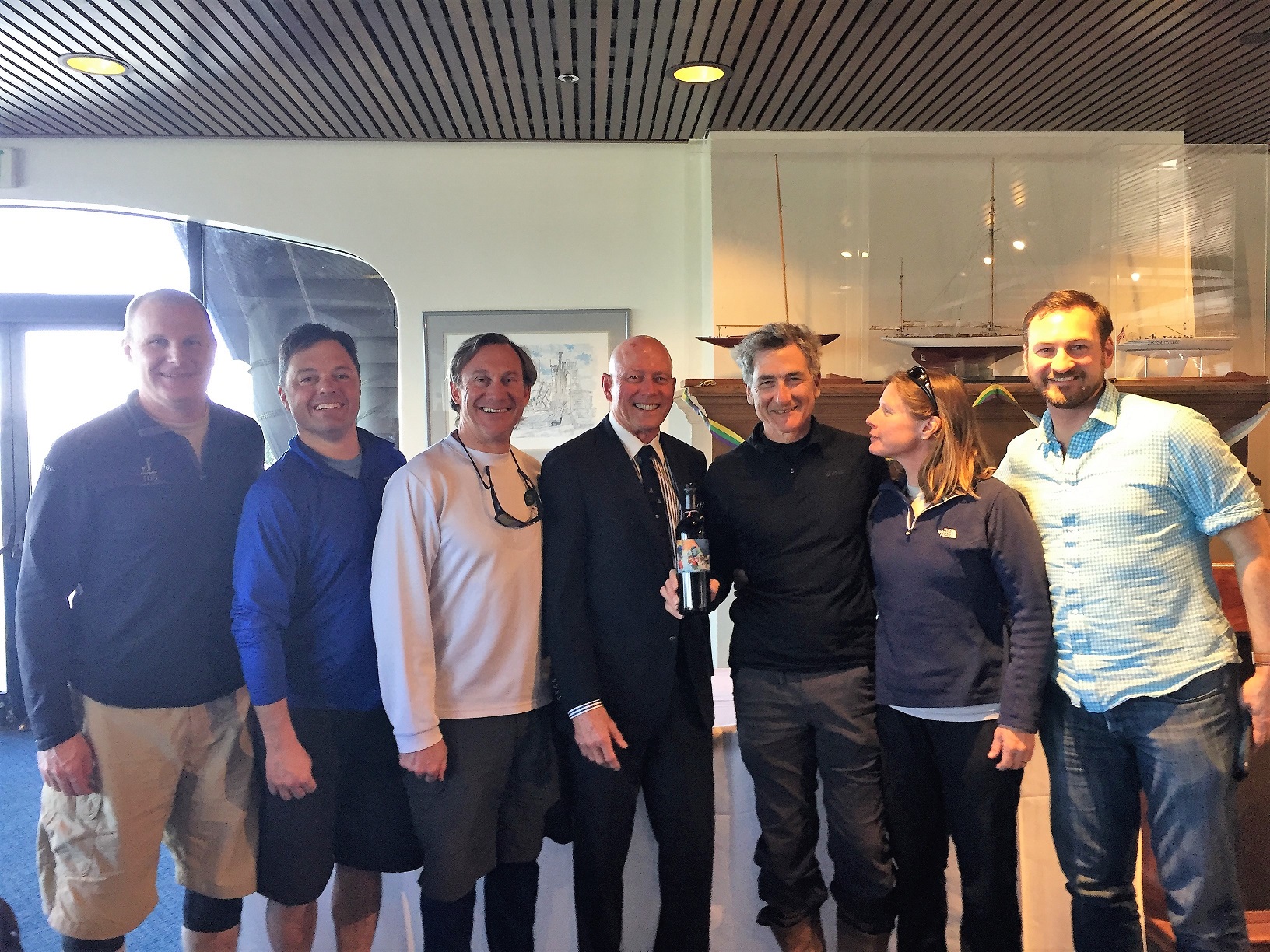 The 20 J/105 teams in the season opening St. Francis YC Spring One Design Series were greeted with rain, hail, winds in high teens to low 20’s with gusts to 35 kt…and an erratic flood tide that was overrun by streaks of ebb from recent storm-induced water run-off from the NorCal rivers and reservoirs. On Saturday, the southerly wind caused the course to run across the tides, while on Sunday the westerly ran parallel to the tides. Going into the 5th and last race, it was a three-way tie among Brent Vaughn’s Jabberwocky, Philip Laby’s Godot (winner of the 2016 J/105 Fleet One season championship) and past national fleet captain Bruce Stone’s Arbitrage, with Jeff Littfin’s Mojo and Ryan Simmon’s Blackhawk just a few points behind and challenging for the podium. With flood on the pin end at the shore and ebb outside, the Race Committee skewed the starting line to favor the pin, but Arbitrage won the committee, flopped onto port and ran away from the pack, with Jabberwocky slightly back on its windward hip, both footing out toward the ebb. Godot dug out of a third row start and reached off to clear its air. Arbitrage faced the dilemma as to whom to cover. Mainsheet/tactician (and co-owner) Nicole Breault kept Arbitrage high to pinch off Jabberwocky, and hedge against the southerly gusts which favored Mojo and Blackhawk on the inside. This had the effect of letting Godot get to the ebb first, shooting forward from a ten length deficit to a 5 length lead at the windward mark. Arbitrage caught up downwind, and could have pinned Godot outside but let them gybe to round the unfavored port gate. In going there, Godot sought to replicate its strategy of getting to the ebb first, but Arbitrage chose the well-upwind starboard gate, coming out of the rounding way ahead and romping home with a huge lead. Godot finished second, with Mojo third, Jabberwocky and Blackhawk tied for fourth with Jabberwocky winning on the tie-breaker due to its two bullets to Blackhawk’s one bullet. Full results at: