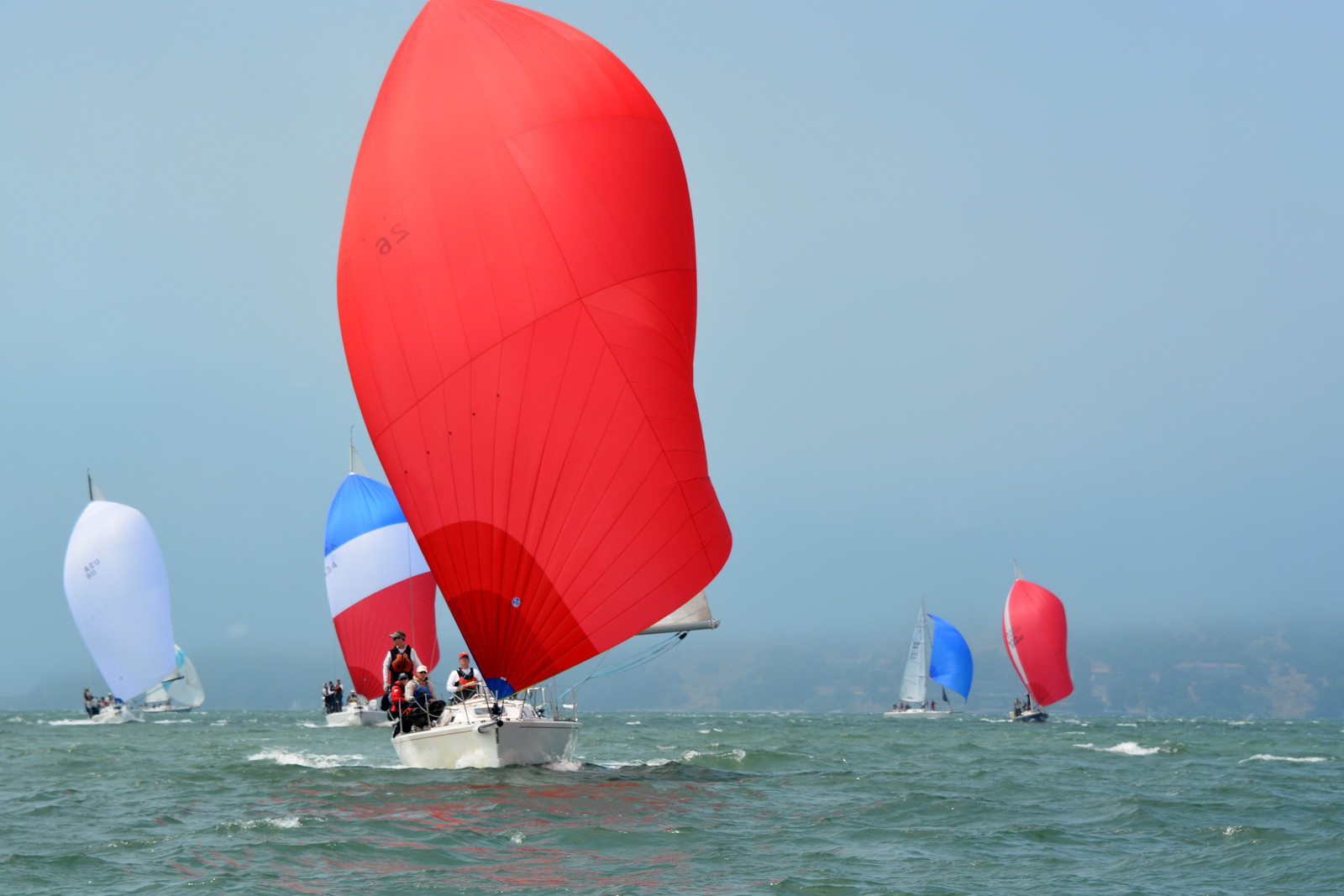 On Saturday, 21 J105s lined up along with the J111’s, Express 37s, J120s, J70’s and Express 27s to contest the San Francisco Yacht Club’s annual Summer Keel Regatta. The weather over scenic San Francisco Bay was unsettled and the wind models promised sporty conditions for later in the day, with choppy wave state due to a weak early ebb which built throughout the day.

The Olympic Circle venue is famous for sending at least half the fleet in the wrong direction in any race, but the weather gods conspired to balance the sides, with faster boats from the left and right converging at the weather mark within a few boat lengths. Nonetheless Donkey owned the course in the first two races taking two bullets, with Godot and Blackhawk taking a second place each. As wind strength built for race three, Godot found their legs and took the bullet, Donkey took fifth, behind Mojo, Blackhawk and Akula.

Sunday promised lighter conditions, and early flood which kept the chop suppressed in the 15kt to 18kt breeze. Blackhawk banged the left hard and fought Godot and Donkey into second and third places, setting up a commanding lead into the final race. The 1FA boat sealed the deal with a demonstrative bullet, winning the regatta by 5 points from Blackhawk, Godot, Akula and Arbitrage.

Don’t forget to sign up for the upcoming Aldo Alessio regatta on August 19th and 20th weekend.