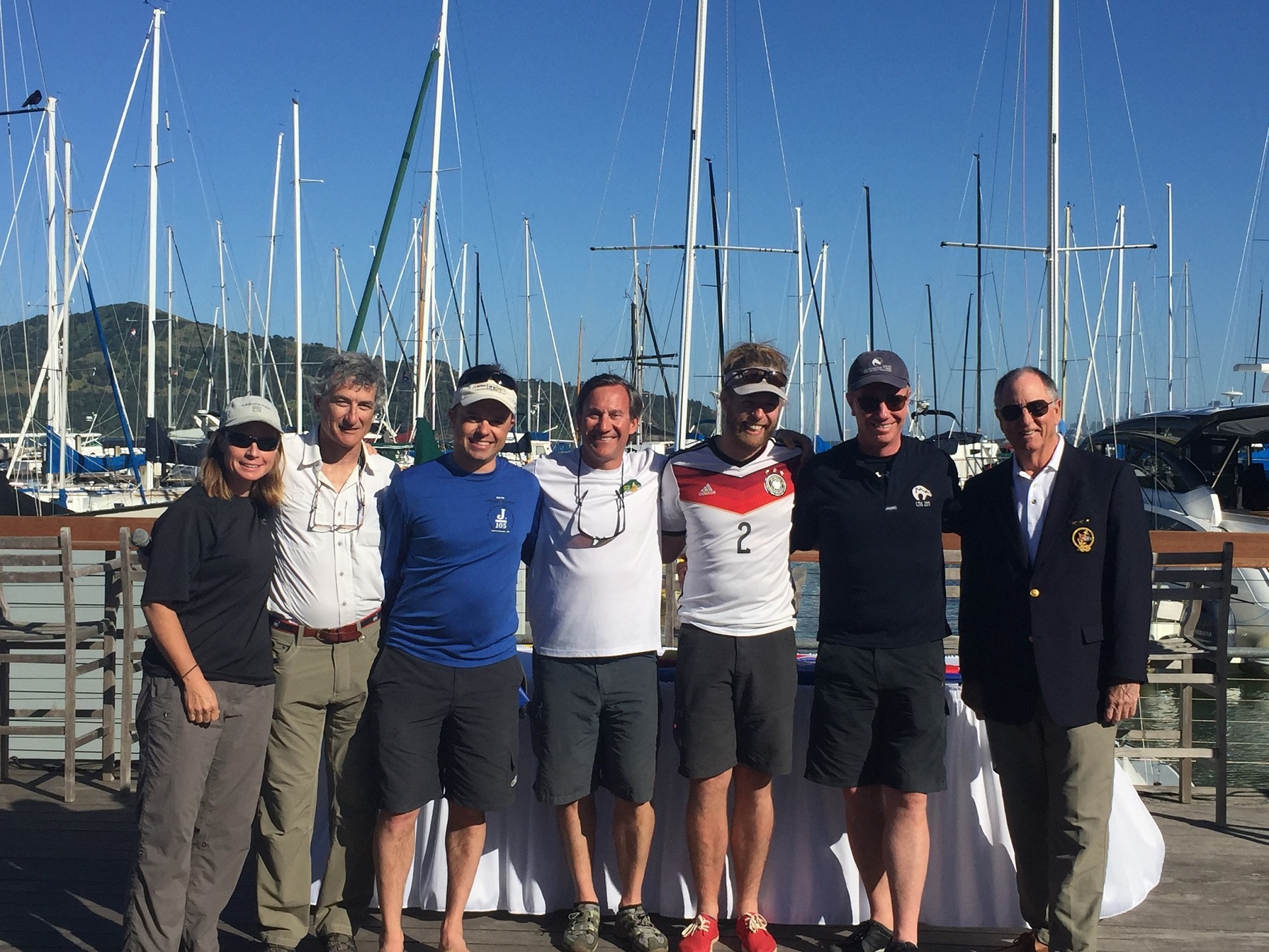 Bruce Stone & Nicole Breault and their team on Arbitrage – Bill Higgins, Marc Acheson, Phillip Berner, and Neil Weintraut on day one and John Horsch on day two – posted their third regatta win of the 2017 SF Bay season by topping the 21 boat J/105 fleet in the San Francisco Yacht Club’s Resin Regatta on the Berkeley Olympic Circle. The Race Committee waited out the light early northerlies for the westerlies that kicked in almost on schedule around noon, providing great racing in flat water. Competitors enjoyed warm winds generally in the 13-16 kt range each day with gusts to 27 kt late Saturday and 18 kt on Sunday. Starting Sunday in third place, Arbitrage posted two bullets to wrest the lead away from Rolf Kaiser/Shannon Ryan’s team on Donkey Jack, with Phil Laby’s Godot taking third and Adam Spiegel’s Jam Session in fourth.

Major drama for several teams on Saturday was trying to get out of the city-front marina near the St. Francis YC in San Francisco, as the tides were at record lows and Arbitrage was fully stuck in the mud at its slip, while Jam Session ran aground at the exit to the harbor. Along with Perseverance, they waited for the water to rise and were then able to leave, just making it to the starting area across the bay.